Who is Mrs. Shaw?

Honor her by donating to the Knight Memorial Library collection. 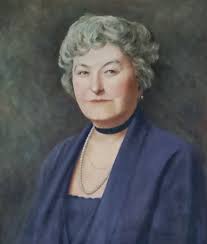 The Knight Memorial Library opened in 1924, a legacy of Robert and Josephine Webster Knight dedicated by their four children.

The library itself, however, began more humbly with the efforts of Mrs. Frederick (Emma) Shaw, an Elmwood resident whose brownstone home still stands at Adelaide and Melrose Street. In 1915 a librarian from the Providence Public Library expressed to Shaw her concern for the needs of the area’s children. Shaw then organized friends and neighbors. Their fundraising and dedicated efforts which they sustained over decades are legendary. A circular was prepared, followed by a tea to which the women of Elmwood were invited. They were asked to solicit subscriptions of one dollar from their neighbors making those contributing householders sustaining members of the Elmwood Public Library Association.

Mrs. Shaw was elected the President at the first meeting, a position in which she served until 1941. The Library Association’s 450 subscriptions of 1915 would be the equivalent today of over $10,000.

In the name of Mrs. Shaw, a Founding Mother of the library, the Friends of Knight Memorial Library are encouraging you to remember her spirit of community engagement.

Support our library by purchasing and dedicating a book from our Online Bookshop. Help us build the library’s collection with relevant reading materials for the library’s diverse and vibrant community.

Honor Mrs. Shaw and make your contribution to the Knight Memorial Library Collection.

Add your personal dedication of your book with the decorative bookplate (see below).

All books donated to the Mrs. Shaw’s Fund will be labeled with a commemorative bookplate.  Each plate has a space for someone’s name.  When checking out from the Online Bookstore, you will see a blank box for a note.  Although a dedication is optional, in this box you may:

Jen Corace is an artist and freelance illustrator who lives and works in Providence, Rhode Island. Originally from the suburbs of southern New Jersey, she eventually made her way to the Rhode Island School of Design and graduated with a BFA in illustration. Her bookplate captures the bold action and community spirit responsible for the creation of The Elmwood and Knight Memorial Libraries. 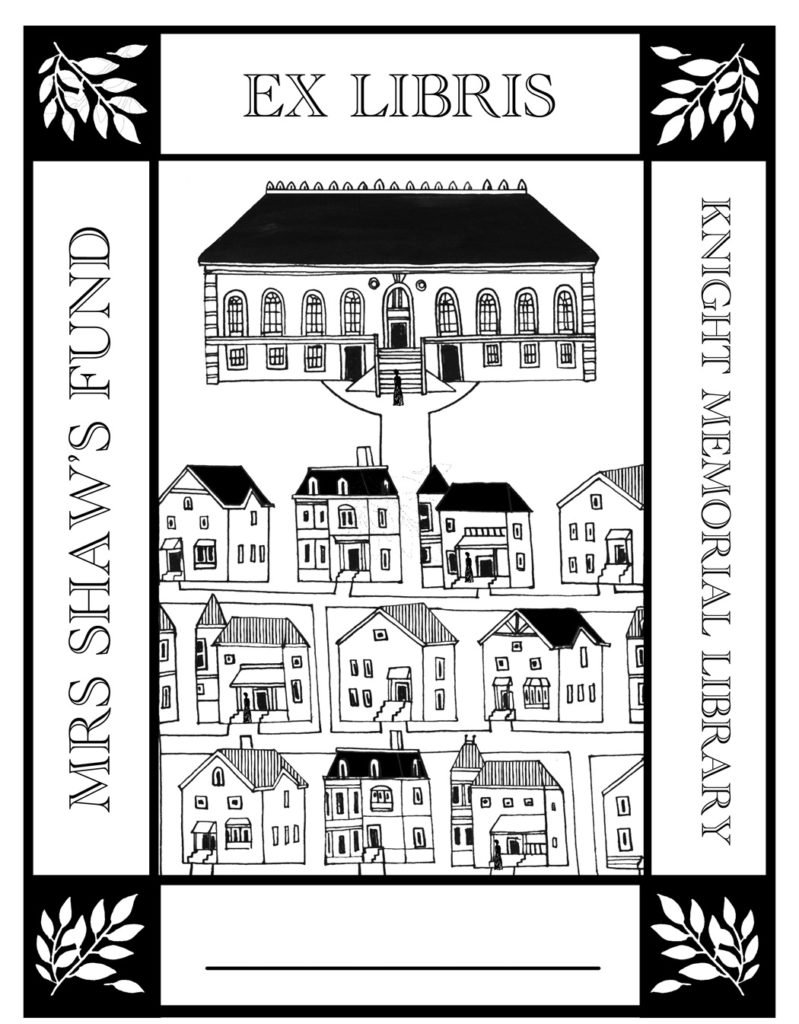 Fill out the form below and we’ll let you know about any events and sales that we plan!