Knight Memorial Library, which opened in 1924, memorializes Robert Knight and his wife Josephine. Robert and his brother had made their fortune in the flourishing nineteenth-century Rhode Island textile industry. Their four children gifted land, the building, and an endowment to help maintain an architecturally distinguished library.

It was built to house the Elmwood Library Association, founded by Mrs. Emma Shaw, who along with the women of the neighborhood, had earlier secured room in the Greenwich Fire Station to provide the community with its first library.  The city paid for renovations and covered the rent. On July 10, 1915, the library opened three afternoons a week, and Saturday until 9 P.M. 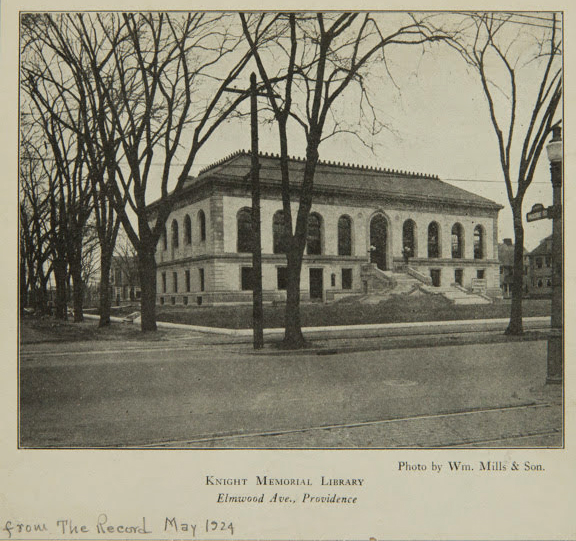 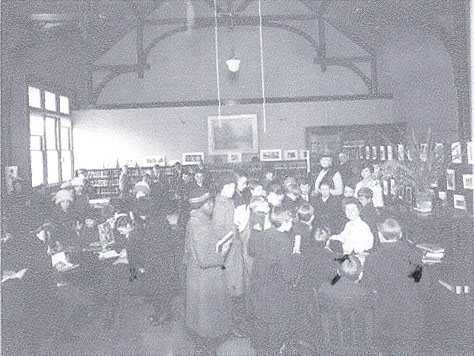 This humble and volunteer beginning was replaced by the current Knight Memorial Library which embodies the architectural grandeur of Providence at the turn of the century, looking backward to the peak of the city’s industrial prowess when the Knight family prospered, and forward to the education of coming generations.

The library remained independent until 1962 when it became part of the Providence Public Library. By 2009, however, Knight Memorial and other branches of the public library system were threatened with closing for lack of funds and were saved yet again by grassroots volunteers who eventually came together in the Providence Community Library, now overseeing nine branch libraries.

The extensive process of restoring this library’s historical significance and reconfiguring its spaces and programs to serve its diverse community in a new century has finally begun, as the library approaches 100 years of service.

Fill out the form below and we’ll let you know about any events and sales that we plan!